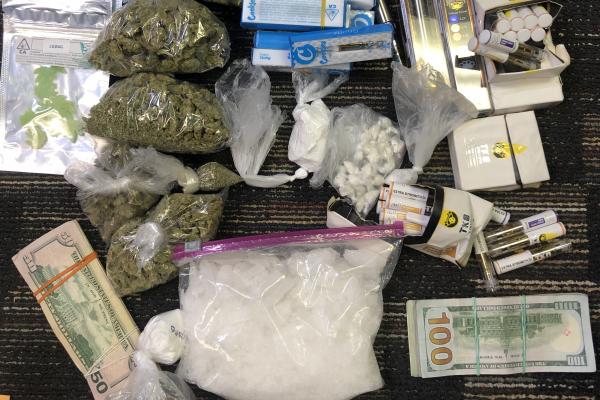 According to a news release, a pound of methamphetamine, 6 ounces of cocaine, 10 grams of crack cocaine, 119 grams of marijuana, marijuana vapes and edibles were seized.

All suspects were lodged in the Har­din County Detention Center.

From the DBA Couture Clothing Store in the Towne Mall in Eliza­beth­town, officers seized 1 pound of metham­phet­a­mine and 1 ounce of cocaine.

From the DBA Couture Clothing Store on Poplar Level Road in Louisville, 4 ounces of cocaine was seized.

Additional arrests are expected as the investigation continues, the release said.

Anyone with any drug information is urged to call the Greater Hardin County Narcotics Task Force at 270-769-0694. All callers can remain anonymous.