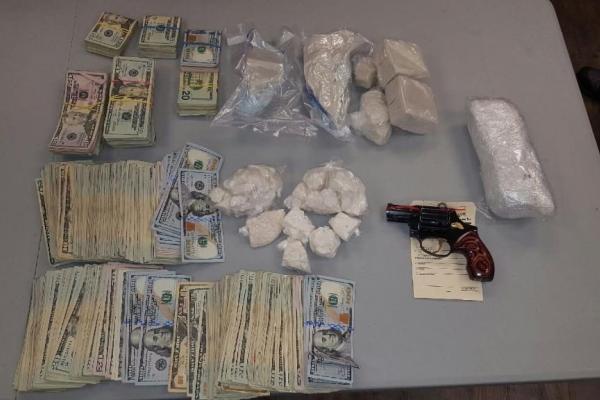 CLARKSBURG, W.Va. — A number of agencies in Harrison County were involved in multiple drug busts over the weekend, resulting in the seizure of nearly $400,000 in illegal drugs.

An arrest is pending from that bust.

The SCAD unit received a tip earlier Friday that Price ‘Project’ Patterson, 29, of Pittsburgh, PA, was in the process of collecting funds from people in Clarksburg to participate in a major purchase of heroin from a dealer in McKeesport, Pennsylvania.

Price is already facing drug charges in Harrison County in connection to a bust two weeks ago in Clarksburg. He was free on bond.

The SCAD unit seized seven and a half bricks of heroin, possibly laced with fentanyl, from a Clarksburg home in that bust. They also seized approximately 320 grams of synthetic marijuana, additional heroin stamps and needles, packaging and weighing materials, and nearly $2,500 in cash.

That night, law enforcement intercepted the 4130 stamps of heroin and arrested Patterson.

SCAD deputies made a third bust Saturday–resulting in the arrest of a Fairmont man.

Police say John Jeffery Heimbach, 35, of Fairmont, was attempting to sell heroin in the Adamston area of Clarksburg.

The seized heroin had an approximate street value of $750.

Heimbach was charged with possession of heroin with intent to distribute, a felony.

He is currently being held in the North Central Regional Jail pending a $25,000 bond. 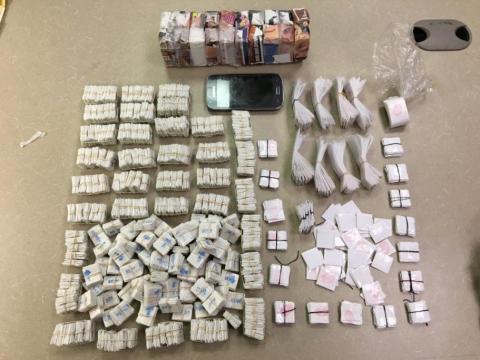