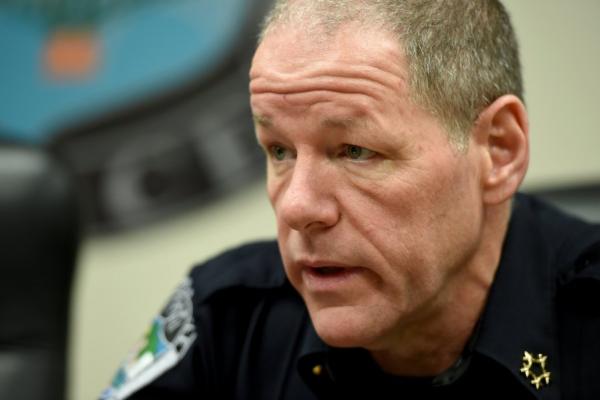 As the rate of overdose deaths continues to skyrocket across the state, the Knoxville Police Department announced Wednesday the formation of a special task force to target the drug dealers responsible.

From 2010-2015, drug-related deaths in Knox and Anderson counties doubled, according to a report from The Knox County Regional Forensic Center.

"There's no part of the country that can match our agony in this," said Joel Reece, Tennessee state director of Appalachia High Intensity Drug Trafficking Areas. " ... We've always been the best at the worst things."

To battle the overdose epidemic, the KPD is teaming up with Allen's office, the Knox County Medical Examiner's Office, the Sheriff's Office and the Tennessee Bureau of Investigation to form the Overdose Death Investigation Task Force. The task force will be funded by Appalachia HIDTA.

"We will all be working together to address the supply side of this issue: those who are providing the drugs to individuals in our communities who are suffering from addiction and overdose," Chief Rausch said Wednesday in a phone conference with Allen and Reece.

"As prosecutor, what we're hoping to get out of this collaboration is the ability to charge more drug dealers with more serious crimes," Allen added. "We were successful last year in prosecuting eight folks who supplied drugs to others with second degree murder, and we're hoping that we're able to do more and more of that to stem the opioid epidemic in our community."

Allen said one of the new elements of the task force will be data collection. The task force aims to use the Oak Ridge National Laboratory's computers to process data in order to perform what Allen called "predictive law enforcement" — gathering trends among drug dealers and overdose victims and using that data "to be more proactive."

The leading cause of overdose deaths in Knox County are opioids – prescription pain killers such as hydrocodone and oxyocodone. Deaths caused by heroin and fentanyl, a drug 52 times stronger than morphine, are increasing, Rausch said.

"What we're seeing with fentanyl is they're pressing pills to look like oxys or hydros or Somas (carisoprodol) ... so people don't even know what they're taking and it's killing them," Rausch said. "They're selling fentanyl in the powder form as heroine, and people are injecting it and dying immediately."

Naloxone — a drug carried by emergency responders that serves as an opioid overdose antidote by blocking the effects of the drugs on the respiratory and central nervous system — continues to be essential in saving the lives of overdose victims.