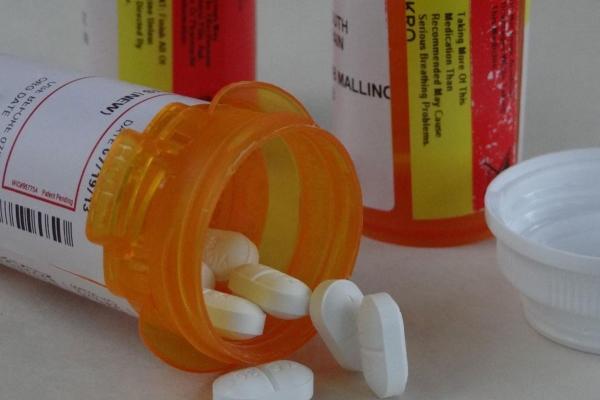 United States Attorney Mike Stuart announced the unsealing of a 69-count indictment charging a total of 12 individuals with operating a “pill mill.”  The indictment charges the owners, managers and physicians associated with HOPE Clinic, which operated as a purported pain management clinic in Beckley, Beaver and Charleston, West Virginia, as well as Wytheville, Virginia, and a related company, with conspiring to distribute oxycodone and other Schedule II controlled substances, not for legitimate medical purposes and outside the usual course of professional practice, from November 2010 to June 2015.

The charges announced today aggressively target medical professionals involved in the unlawful distribution of opioids and other dangerous controlled substances. “As of today, there are 69 counts.  10 doctors in total. Clinics from Beckley to Beaver, and Charleston to Wytheville. Lots and lots of pills, and even more misery,” said United States Attorney Mike Stuart.   Stuart continued, “Home-grown drug dealers hidden behind the veil of a doctor’s lab coat, a medical degree and a prescription pad are every bit as bad as the heroin dealers from Detroit who bring their poisons to West Virginia.  Today’s 69-count indictment is the continuation of our efforts to hold accountable those who prey on the good citizens of West Virginia.”

In addition to the conspiracy charge, the indictment charges defendants Blume and Mark Radcliffe with maintaining drug-involved premises in Beckley, Beaver and Charleston, and includes 62 counts charging several physicians with distribution of controlled substances not for legitimate medical purposes and outside the usual course of professional practice. The indictment also charges Sanjay Mehta, D.O., a former physician at the Beckley and Beaver HOPE Clinic locations, with two counts of distribution of controlled substances causing death, and charges 10 of the defendants with conspiracy to launder drug proceeds by paying bonuses to HOPE Clinic physicians and employees of Patients, Physicians, and Pharmacists Fighting Diversion, Inc. (PPPFD), to encourage continued prescribing of Schedule II narcotics to customers.

According to the indictment, defendant James H. Blume, Jr., D.O., the owner of the HOPE Clinic, entered into a Physician Practice Management Agreement with defendant Mark T. Radcliffe, owner of PPPFD, to be the practice manager of the HOPE Clinic. The indictment alleges that together Blume and Radcliffe operated HOPE Clinic as a cash-based business that prescribed oxycodone and other Schedule II controlled substances to customers, while refusing to accept insurance, charging in-state customers at least $275 for an initial appointment, and at least $160 for each subsequent appointment.  Out of state customers paid as much as $330 for initial visits and at least $185 for subsequent visits.   The indictment alleges that HOPE Clinic practitioners prescribed thousands of oxycodone-based pills to individual customers and some HOPE Clinic locations, including Beaver and Charleston, averaged 65 or more customers a day during a 10-hour workday with only one practitioner working.  In addition, the indictment alleges that Blume and Mark T. Radcliffe contracted the services of physicians without any knowledge of pain management who consistently conducted cursory, incomplete, or no medical examinations of Clinic customers and provided large amounts of Schedule II prescription medications to customers that they knew, and had reasonable cause to believe, were drug addicts. The indictment further alleges that Mark T. Radcliffe and his son, Joshua Radcliffe, neither of whom had any formal medical education or training, instructed medical practitioners at HOPE Clinic to provide customers with prescriptions for Schedule II controlled substances, sometimes in direct contrast with the practitioners’ clinical opinions.

"Those who facilitate the abuse of controlled dangerous substances are negatively impacting our entire community and will be held accountable,” said Kimberly Lappin, Special Agent in Charge, IRS Criminal Investigation, Washington D.C. Field Office.  “Today’s indictment is a reminder that IRS-CI will remain vigilant in our financial investigations and will continue to work with our law enforcement partners to combat this type of conduct.”

This case is part of an ongoing effort led by the United States Attorney’s Office for the Southern District of West Virginia to combat the illicit sale and misuse of prescription drugs and heroin. The U.S. Attorney’s Office, joined by federal, state and local law enforcement agencies, is committed to aggressively pursuing and shutting down pill trafficking, eliminating open air drug markets, and curtailing the spread of opiate painkillers and heroin in communities across the Southern District.