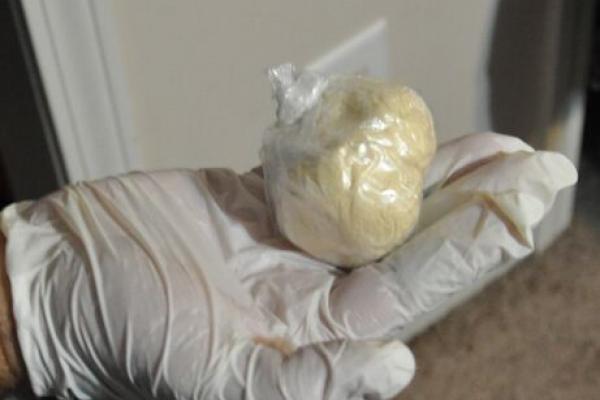 BLOUNTVILLE — Between March 1 and Aug. 1, 22 people died in Sullivan County as the result of drug overdoses, often from using heroin laced with other drugs, with fentanyl having become a common lethal additive.

They are asking for the public’s help, through a telephone hotline. Callers can remain anonymous. The task force especially hopes to reach out to family members and friends of heroin users.

“Don’t wait too late,” Staubus said. “Don’t wait until your loved one dies before you call in and tell us about things. Come forward and maybe we can save their life.”

Staubus and others in the joint effort are not trying to get people to call the police on drug users. They’re trying to get information that will lead law enforcement to drug dealers.

“We are investigating these cases aggressively and we are looking for public input and help,” Staubus said.

The 22 deaths were among 97 overdoses reported to the Drug Related Death Task Force between March 1 and Aug. 1, Staubus said. He and others said those numbers reflect an upward trend in a county already known for having one of the worst drug overdose problems in Tennessee.

The full name of the task force includes the acronyms TBI and HIDTA, which stand for Tennessee Bureau of Investigation and High Intensity Drug Trafficking Area, respectively. The latter is a federal designation of an area and provides additional resources for fighting drug trafficking. The local Drug Related Death Task Force is a partnership between the TBI and all local law enforcement agencies across Sullivan County. It was formed last year.

“The 2nd Judicial Drug Task Force and the Drug Related Death Task Force are seeking the public’s assistance in identifying individuals who are responsible for the increase in overdoses in Sullivan County,” Staubus said at the beginning of a press conference Friday morning. “From March 1, 2020, through Aug. 1, 2020, 97 overdoses were reported to the Drug Related Death Task Force. Of these reported overdoses, 22 members of our community died, an average of one a week. Sadly, these overdoses are only a portion of the total number of overdoses that occurred during this five-month period, since many overdoses are not reported to authorities.”

Staubus said the overwhelming majority of overdoses have been a result of the use of heroin, fentanyl, methamphetamine, and cocaine.

“Too many of our families have suffered immeasurable losses as a result of the drug epidemic that ravages our county,” Staubus said. “These drugs are illegal and are being brought to our county by drug dealers who have no concern for our children, brothers and sisters, parents or friends. These drug dealers are driven by the money they make at the expense of our citizens’ lives and well-being. Enough is enough.”

“We’re in a dire place right now,” TBI Assistant Special Agent in Charge Chuck Kimbril said of the number of overdoses and overdose deaths occurring in Sullivan County. “We want to bring awareness to people. If they think they’re using heroin, they’re most likely not. We’re not getting pure heroin anymore.”

Kimbril said dealers are mixing a lot of other drugs into what they’re selling as heroin, and that’s a major factor in the overdose rate. Heroin with fentanyl added is the biggest deadly combination, Kimbril said.

Most of the drugs in question are being brought to Sullivan County by dealers from other states, Kimbril said, including North Carolina, Michigan, Ohio, and Georgia. The dealers, he said, can make twice as much money here than if they sold the drugs where they live. Sullivan County offers less competition, a ready market, and a higher abuse rate.

Kimbril said there’s been a spike in overdoses and overdose deaths across the state, but in particular, Sullivan County has always had a higher number of overdoses compared to other Tennessee counties.

“What we’re asking is for people to be a little more vigilant,” Kimbril said “If they have a family member that has a drug problem, specifically using heroin — or what they think is heroin — we’re asking that they call and let us know if they happen to know who their associates are so we can narrow in on the people supplying this deadly combination.”

In answer to questions from reporters about the timing of the increase in overdoses and its overlap with the outbreak of the COVID-19 pandemic and subsequent changes to people’s lives, Kimbril said that absolutely could be a contributing factor.

Deputy District Attorney General Gene Perrin, 2nd Judicial District, brought up what he said is another potential factor: the availability of NARCAN. That’s a brand name for naloxone, an emergency treatment that can reverse a narcotic overdose.

Perrin stressed the task force is strongly in favor of the availability of NARCAN.

But the knowledge it is available gives some users an artificial sense of security.

Perrin recounted the case of one young man who has overdosed three times and been saved each time by NARCAN.

“We are big proponents of NARCAN being available,” Perrin said. “But it also is important to realize the availability is emboldening a lot of the users. ... It’s not at all unusual for law enforcement to arrive at a scene and the individual having been administered multiple doses of NARCAN by family members or a friend, and still need additional NARCAN. It’s important we make that point. The families that are out there going through this repeated cycle of having to administer NARCAN time after time after time after time, please make a phone call and help us cut off the source of the drugs that are killing your child, your brother, your sister.”

“The information that our citizens provide is not only invaluable, but necessary since law enforcement cannot do this alone,” Staubus said. “We are asking that anyone with information that can help our efforts in combating this problem contact the Drug Task Force Hotline at (423) 323-8615 or 1 (800) TBI-FIND. Callers can remain anonymous. The information you provide might save the life of someone you love.”