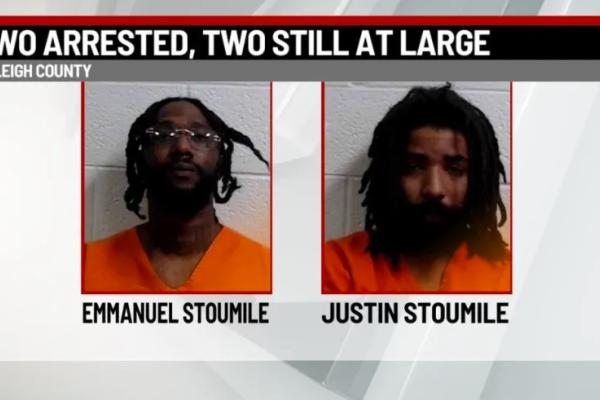 BECKLEY, WV (WVNS) – On January 17, 2023, the Beckley Raleigh County Drug and Violent Crime Unit seized nearly $90,000 in drugs and guns after a pair of arrests.

Two suspects are still on the loose.

Assisted by Special Response Teams from both the WV State Police and the Raleigh County Sheriff’s Office, the Beckley Raleigh-County Drug and Violent Crime Unit made three search warrants at Willbrian Apartments located at 510 Ewart Avenue in Beckley and a search warrant at a home in the 6000 Block of Robert C. Byrd Drive in Bradley.

Anyone with any information regarding the whereabouts of the two remaining suspects is asked to contact The Beckley Police Department, Raleigh County Sheriff’s Office, or CrimeStoppers of West Virginia.