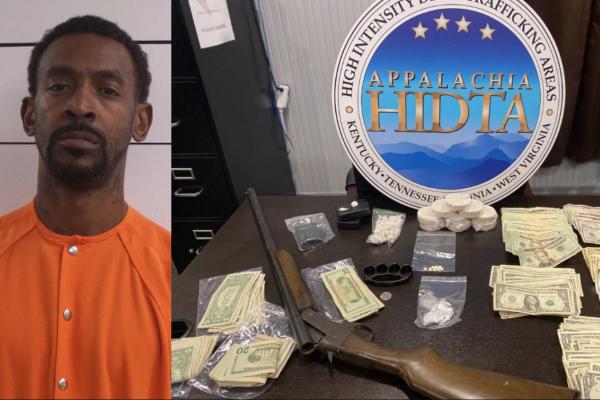 BOYD COUNTY, Ky. (WSAZ) -- Law enforcement officials in Boyd County have seized what they believe is one of the largest amounts of fentanyl in the county’s history.

Members of the Northeast Kentucky Drug Task Force (Appalachia High Intensity Drug Trafficking Areas Task Force, or AHIDTA Task Force) performed a search warrant Saturday at a home in Boyd County, along with the Ashland Police Field Operations Division, and the Kentucky State Police K-9 Unit made a dynamic entry into the home, a press release stated, before seizing approximately one kilo of pressed fentanyl, a gun, a substantial amount of cash, and other paraphernalia.

As a result of the search warrant, police arrested 38-year-old Johnnie Lee Hampton of Detroit, Michigan.

Hampton is currently being held at the Boyd County Detention Center and faces aggravated trafficking of a controlled substance charges.

Hampton’s case will be brought in front of a grand jury through the Boyd County Commonwealth Attorney Rhonda Copley.

Hampton will be arraigned Monday.

‘The totals are staggering’: More than 33 pounds of meth, $125K seized during 4 Tazewell County arrests