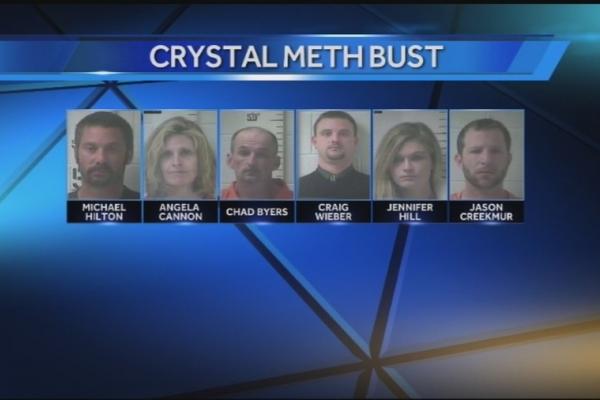 A major drug ring bust in Hardin County leads to the arrest of eight suspected high-ranking players in the distribution of crystal meth.

One of the suspects was already behind bars, charged in a deadly drunk driving crash.

Cmdr. Ronald Eckart, with the Hardin County Drug Task Force, said great undercover work, reading intel and drug informants lead to this bust that took the wind out of a major, organized ring.

There were multiple people involved in this methamphetamine drug trafficking ring. It seems like their main supplier was from Jefferson County, which brought the drugs into Hardin County," Eckart said.

The investigation tracked the selling of crystal meth from Jefferson County to Hardin, Meade, Breckinridge, Grayson and Larue Counties.

Nyguyen is being investigated as a possible ring leader, to these men and women, indicted for bringing in more than $1 million worth of drugs.

"We conservatively estimated about 50 pounds of meth in the last year, year and a half they were moving," said Eckart.

Eckart said one pound of crystal meth on the street brings in $20,000.

For many in the community, one of the suspects in this alleged ring is an all too familiar face.

Detectives were in the middle of uncovering his alleged involvement in the ring when the fatal crash happened.

"He was one that came up later in the investigation and we made an undercover buy of methamphetamine from him," said Eckart.

According to detectives the arrests aren't finished. There is still a federal arrest they expect along with several others.

With this bust, there is concern that homemade meth labs may start to rise but the drug task force said it is already prepared to handle those cases. 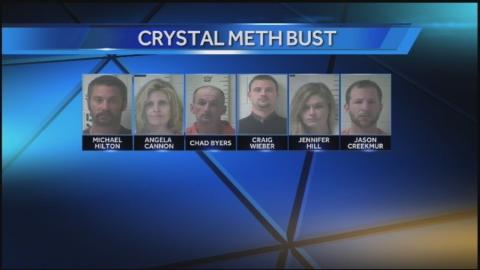