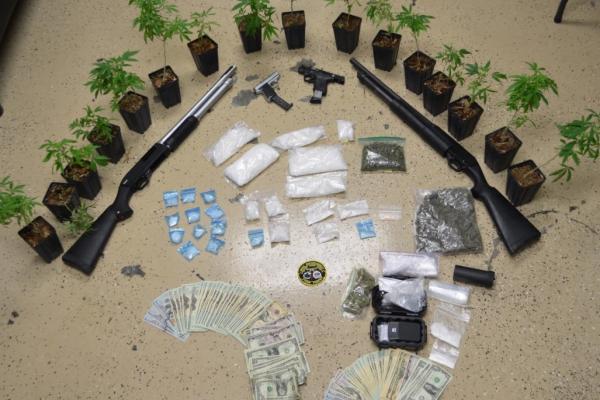 The following items were seized: over 3 pounds of methamphetamine, over 6 ounces of marijuana, two long guns, two handguns, two explosive devices and $2,600 cash.

Anyone with any Drug information is urged to call the Greater Hardin County Narcotics Task Force at 270-769-0694. All callers can remain anonymous.