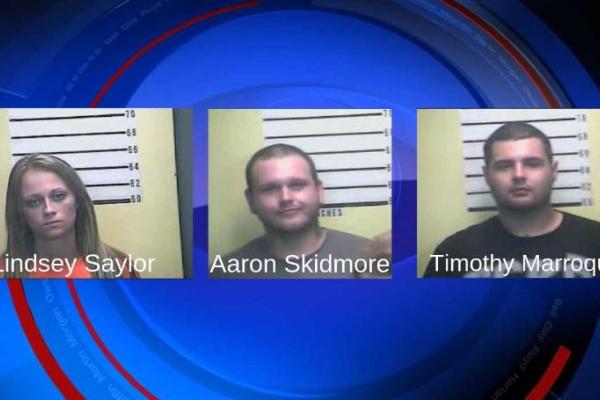 About 12 ounces of suspected crystal meth, which has a street value of $33,000, was found at the home during the search.

Officials also found more than $3,400 in cash, marijuana, prescription pills, a pistol, ammunition, and a bulletproof vest. A 2005 Infiniti was also seized.

While executing the search warrant, officials say they encountered Aaron Skidmore and Michelle Violette of Tennessee. Skidmore was found in possession of crystal meth and charged with possession of a controlled substance. Violette was arrested on outstanding warrants.

This case is ongoing and officials say more arrests will be made.

Violette is not pictured above.