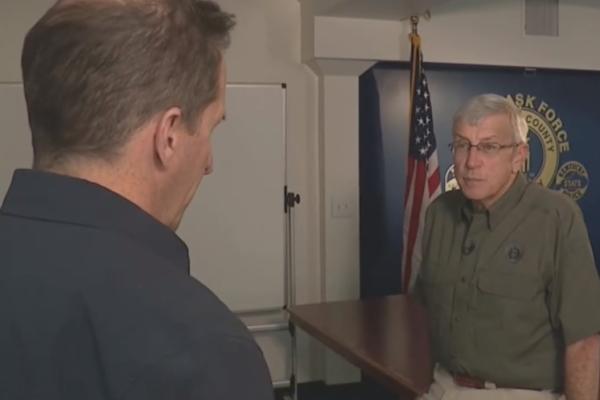 Kentucky surpassed 2,000 drug overdose deaths in a single year for the first time ever, according to a newly released report. The Kentucky Office of Drug Control Policy says fentanyl was identified in 73% of overdose deaths in 2021. Brandon Reed is one of the many victims from that report who died from a fentanyl overdose last year. Brandon’s grieving father says his son was so much more than a random statistic. Alan Reed describes his son as "loving, fun and full of life." The two shared a close bond. "We would fish, kayak, boat on the Cumberland River, catch trophy trout and all of those wholesome things," says Alan, holding back tears.

Brandon loved sports and injured his knee while playing basketball. It led to multiple surgeries, and he was prescribed OxyContin for pain management. Alan is convinced his son was "overprescribed." It was only a matter of time until Brandon was hooked on opioids. Brandon admitted to his father that he was addicted to OxyContin and eventually asked for help.

"I don't even know how many addiction treatment centers we tried — from New York to Florida, Missouri. We tried numerous centers in Kentucky," says Alan. Brandon checked himself into more than twenty different rehab centers over the years, but he was unable to beat the addiction.

Alan says, "It’s impossible for an individual who has substance use disorder to get out of this by themselves. It will not happen. It's progressive and death is the end result."

Brandon battled addiction for 21 years. "He was managing it up until fentanyl. That is the one that will catch you," says Alan.

Brandon bought opiates from a woman in October of last year. They were laced with fentanyl, and Brandon overdosed after taking the drugs. The dealer revived him with Narcan, a nasal spray used for the treatment of suspected opioid overdose. But soon after, the dealer drove Brandon to buy more fentanyl-laced drugs. Brandon took his fatal dose at his girlfriend's apartment and died in the bathroom later that night. He was 41 years old.

"Losing a child is the hardest thing that can ever happen to a parent. It's out of the natural order. You know, we know that at some point in time, as age progresses, we're going to lose a parent, but we don't count on losing a child," says a grieving father. Alan channeled his grief into working with the Bowling Green Drug Task Force to hold his son’s killers accountable. The task force investigation resulted in the indictment of 10 people. Alan’s current mission is to make sure other parents don’t experience this kind of tragedy. He says, "If anybody buys something off the street, they have to presume it's contaminated." He says, "It’s like rolling the dice. Eventually you'll hit the fatal dose."

Fox News spoke with the director of the Warren County Drug Task Force, Tom Loving, who was involved in Brandon Reed’s case. Two years ago, his task force seized 2,000 fentanyl pills in Kentucky. Last year, the number doubled. This year, the number has already tripled, with more than 14,000 pills seized. Loving blames the smuggling of drugs at the southern border. He says, "Drug trafficking and the flow of drugs into this country wind up in communities like Bowling Green, Kentucky."