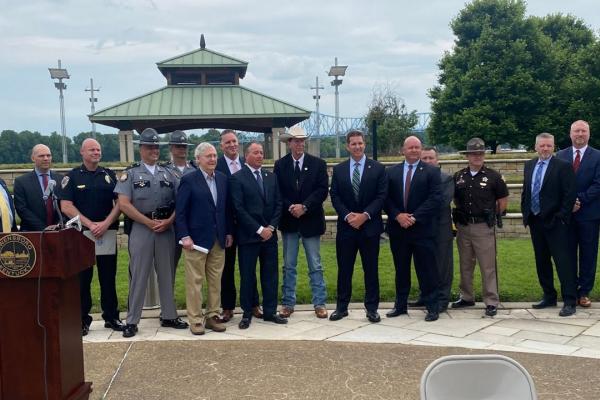 What You Need To Know

As part of the HIDTA program, Daviess County law enforcement agencies will have new federal support and critical resources, to combat their common issue of drug trafficking more efficiently.

Half of Kentucky’s population is covered by a HIDTA area, but designations are hard to come by.

“When you’re designated 1 of only 6 counties in the United States of America to get a HIDTA designation this time, it has to be done because somebody at the top was pushing the buttons that needed to be done,” says Owensboro Mayor Tom Watson.

McConnell says he has advocated to get HIDTA in as many Kentucky communities as possible. Thirty-six counties have landed a spot.

“Looking at the results, I think it’s made a difference, a positive difference, in every place there’s been a hidta designation,” said McConnell.

The program will help authorities stay a step ahead of drug traffickers.

Daviess County earned its spot by proving a commitment of resources and crew to reduce drug trafficking.

“I wish we didn’t have this horrendous problem, but what we are here to today to say giving up is not an option,” said McConnell.

Law enforcement agencies feel they will be more equipped to tackle drug trafficking issues and protect the citizens of Daviess County now that they are in the program.

“Addiction to controlled substances is a disease that requires treatment. Addiction to money, power, violence, and control over others that you perceive as weak is not a disease. It's a crime and we will not stop until these individuals are held accountable,” says Winkler.